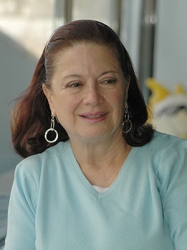 Martha founded Martha Burns Swim School in 1970. After teaching both of her own children by the age of two, the business grew via word of mouth. Martha's love of swimming extended to her children, Marta and David.

Martha, an avid competitive swimmer since the age of 8 who made the Olympic swim team and competed in two Pan American Games in her native Mexico, had been operating a swimming school in her home pool. By 1997, the business had grown to the point that it needed to expand to a commercial location.

1971 - Martha founded and operated the swim school out of her home in Minnetonka.

2000 - The Martha Burns Swimming School of Hopkins opened in the fall.

2007 - The swim school, once again, reached over-capacity and this time Martha and David worked together building the Medina site.

* Membership is required. Call the country clubs' pool directors for registration and questions. Thank you!